Dr. Neil Whitehead, of the Irvings in New Zealand, has very kindly provided some Scottish pipe tunes for the Clan Irving website and these are now freely available for download.

Neil is Scottish on his mother’s side (Border Irving) and has played the pipes for 50 years, most intensively with pipe bands. His work has been as a research scientist, working for eminent institutions such as the New Zealand Government, United Nations and Japanese Universities, in many fields, mostly related to nuclear radiation. He likes to write pipe tunes, some others of which celebrate New Zealand Irvings and are found on www.neilspipetunes.nz, but he hopes that for the clan website, tunes of the highest quality will be added by other creative enthusiasts and ultimately form a varied and worthy resource. Also the manuscript music for each of the tunes is included in the list in pdf format for those interested to play:

The Maxwells and the Irvings

Colonel Paulus Aemilius Irving on the Heights of Abraham

The Irvings of Canada

The Irvings of America

The Irvines of Ireland

The Irvings of Australia

The Irvings of New Zealand

The Irvings of England

Christopher Irving's Farewell to the Light Horse at Flodden 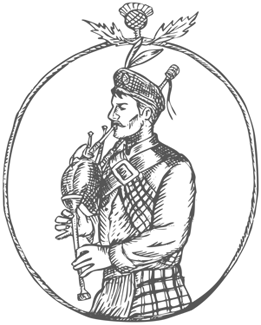