This description of the Scottish Borders is taken from John Sadler’s excellent book “Border Fury, England and Scotland at War 1296-1568”.

The great swathe of country running from the Solway in the west to the North Sea in the east takes in a wide mix of landscapes. On the Scottish side the southern uplands confront the Cheviot Hills traversed by Liddesdale and Teviotdale, Armstrong, Elliot, Bell and Scott country. Hermitage castle in Liddesdale stands as a testament to the strife of the region. To the west is Bewcastle Waste, and thence south west towards Carlisle Castle. North of the Solway is Eskdale and Annandale, the Scottish West March, and the ‘Debatable Land’ between the two sides.

Castles, tower houses and peles/peels still abound, such as Smailholm near Kelso, and Hollows Tower near Canonbie. The battlefields at Heavenfield, Flodden, Otterburn, Hedgeley Moor and the Reidswire are visible but other sites such as Carham, Homildon, Ancrum Moor, Pinkie, Haddon Rigg are less obvious.

There is a noticeable cultural shift in architecture when crossing the border into Scotland and at Coldstream this can be seen in the crow stepped gables displaying a distinct French influence rather than an English style.

From Berwick to the Solway is no more than 70 miles as the crow flies. The line of the Border is nearer 120 miles with the hump of the Cheviot massif rising to 2,500 ft at the highest point. By the mid 13th century the governance of the region on both sides fell to March Wardens, indentured servants whose duty was to control and defend their constituency. Often this extended to warden raids with hundreds, sometimes thousands, of light horse with levies of garrison troops sweeping through the opposing march. Teviotdale and Annandale were frequent targets.

On the Scottish side, the East March comprised Berwickshire, Hume Castle commanding the Merse and on the coast the remains of Fast Castle perched on the cliffs above the North Sea.

The sheriffdoms of Roxburgh, Selkirk and Peebles together with the ‘County of Liddisdail’ made up the Scottish Middle March. From the Tweed above Carham to the Hanging Stone the district abutted the English East March. And then westward to Kershopefoot along the barren rise of the Cheviot Hills it adjoined the middle and finally the last seven miles the West March. Hawick was, as it remains, the principal town of Teviotdale sharing its prominence with Jedburgh, Kelso and Selkirk. Liddesdale was sufficiently lawless to merit its own warden – the Keeper of Liddesdale who resided at Hermitage Castle.

The Scottish West March encompassed Kirkcudbright and Dumfries, running from Kershopefoot to Galloway with the river valleys of Niddsdale, Annandale, Eskdale and Wachopdale. Dumfries was the seat of the warden. This was Maxwell country and Lord Maxwell exercised his sway over the area from the stronghold at Caerlaverock on the banks of the Solway. The strength of Annandale was Lochmaben, the seat of the Johnstones, of which little remains. Eskdale was guarded by the Tower at Langholm and little survives. The feud between Maxwell and Johnstone which culminated in a savage melee at Dryfe Sands near Lockerbie in 1593 is an epic in itself; the fight was probably the bloodiest Clan battle ever fought.

The Border Irvings & Irvines, with control of a good number of Towers at Bonshaw, Stapleton, Robgill, Woodhouse, Wysebie, Cove, Braes, Kirkconnel and Kirkpatrick, command of over a hundred light horse, the Clan was one of the main ‘riding names’ or ‘reivers’ of the Borders. 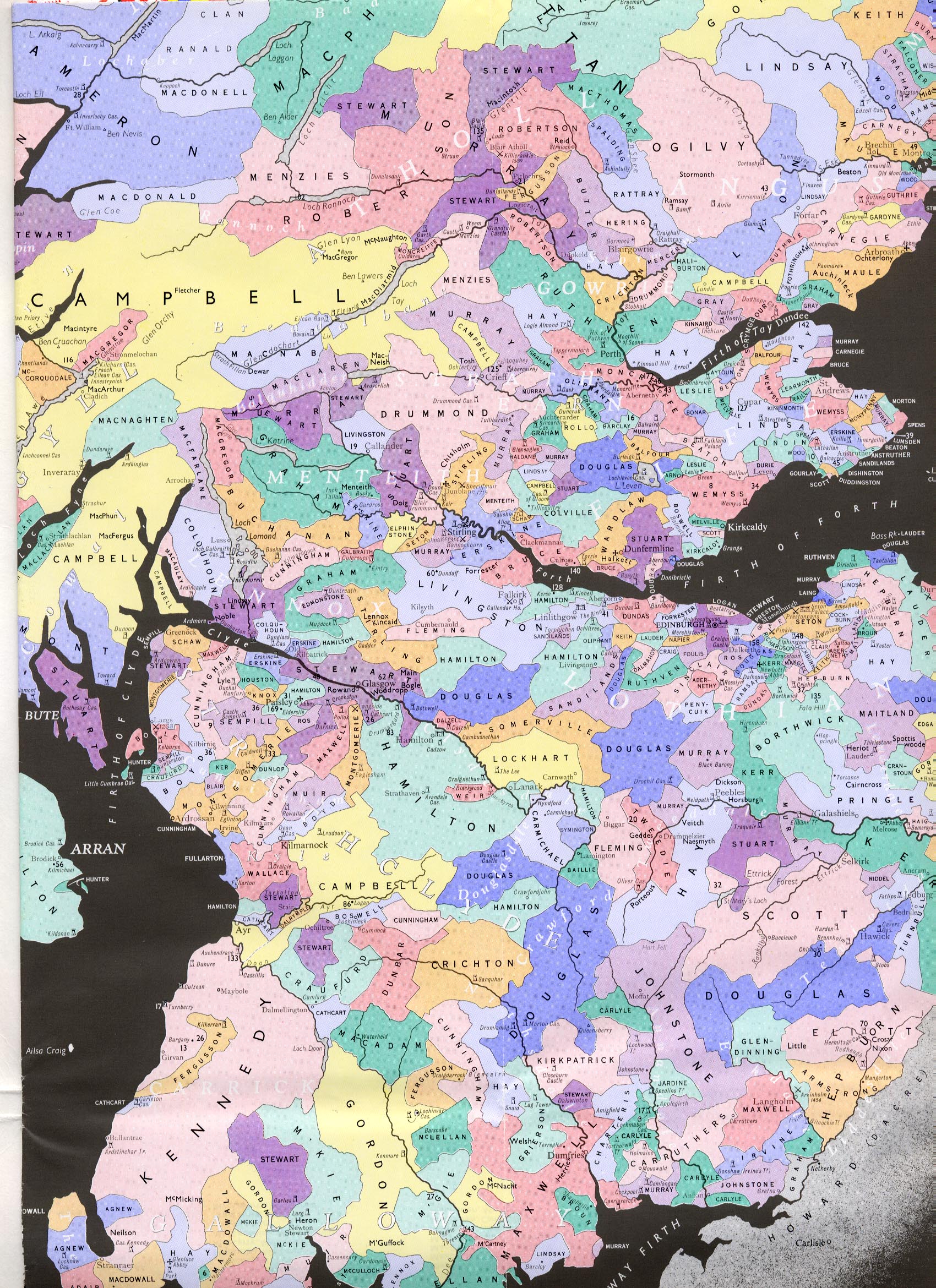 The map shows the approximate territories of the principal and minor border clans/families that prevailed in the region up to and including the union of Scotland and England with the accession of James VI of Scotland to the throne of England in 1603. Click to enlarge 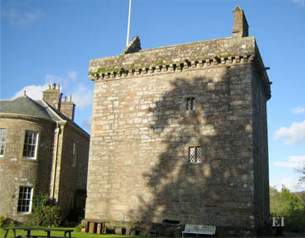 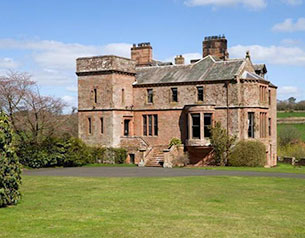 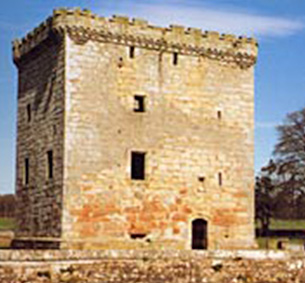 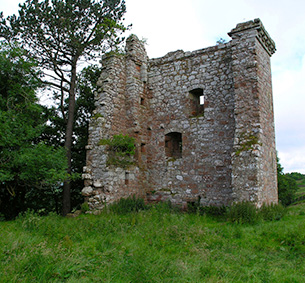