Fiddlers have played in Scotland for centuries, usually smaller tunes, rather than extended classical pieces, and some have differentiated them from violinists, by arguing that the former learned and played mainly by ear, hence were more a folk-style. Schools are still held each year in which this is still cultivated, however, edges of the categories are quite blurred.

Dr. Neil Whitehead, of the Irvings in New Zealand, who very kindly provided some Scottish pipe tunes for the Clan Irving website, has also come up with The Session, an online collection of tunes (https://thesession.org/) most of which are suited to the fiddle, and there are at least 1000 examples, though most players are aware of many not yet in the collection. Scottish fiddle is hence an active vibrant musical genre. Related styles are found in Ireland and Cape Breton (Nova Scotia).

Scottish style was supposed to comprise rich tone, use of vibrato, difficult keys, higher positions and fancy bow work. There was also distinct use of “Scottish Snap” which is a rapid note followed by one two-three times as long depending on time-signature. An example on this website is parts of Bishop Dunbar’s Curse.

Even within Scotland there were regional emphases. Many would judge the Shetland and North Eastern styles to be the most prominent ones, with some others being Western/Isles, Border, and Orkney.

The Shetland style: slow airs, waltzes and reels were particularly characteristic with sliding notes, and double stopping (two notes played at once). There is a distinctive and highly infectious swing to Shetland reels, ornamented by little triplets known as “shivers” and by the occasional droning of open strings.

The North East style: almost exclusively used written notation, and may have had more crossover to classical violin playing. Strathspeys are particularly common and apparently originated in the area. Competitions are important and videos of yearly winners are often on YouTube.

The Western style: included the Highlands but both the Pipes and Fiddle were frowned on by the Church as frivolous. During the century when Bagpipes were discouraged, the piping repertoire was taken up by the fiddlers, and has highly influenced the regional style. 2/4 Marches and jigs are predominant, and grace notes are more common than usual. As in the piping scale, the leading note is often flattened. Again this scale type is in Bishop Dunbar’s Curse.

The Border style: was heavily influenced by Northumbrian music. This led to a predominance of hornpipes and slow airs. Unlike the open North East style, Border style tended to rich, dense harmony and double stopping. This would be what the Clan Chiefs and Clan Members of the Irvings of Bonshaw heard around them.

The pieces on this website, played by Thomas Prince (violin) and Neil Whitehead (piano) are:

[The pdf files contain the music for each piece, but it should be noted the Irvingswelcome.pdf file contains both tunes in the set, and in the common presentation, with only chords indicated for the piano part.]

The Irvings' Welcome to Bonshaw 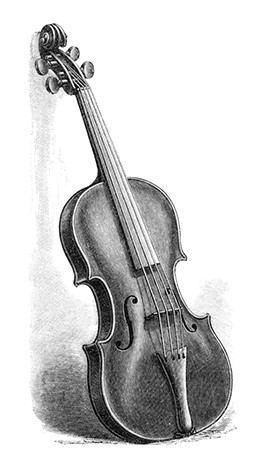