History of the Clan

Origins of the Name

Translation of an Act of Scottish Parliament 29th July 1587 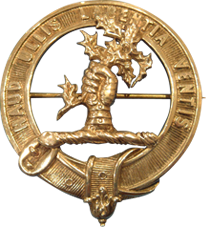 Origins of the Name

The Border Irvings & Irvines were Gaels and were part of the population movement between modern day Northern Ireland and the south west of Scotland, spreading along the southern border of modern day Scotland, and are now generally recognised as Borderers or a Lowland Clan.

The name of ‘Erivine’ or, contracted, ‘Irving’ or ‘Irvine’, is understood by most researchers to come from either the ancient Celtic word ‘Erin-viene’ or ‘Erin-fiene’, which means a ‘true Westland man’. This is shown within the region itself, for example, the ancient place name for the town of Irvine in Ayrshire or the ancient Parish of Irving now Kirkpatrick Fleming in Dumfriesshire.

In an early record, Colonel J.B. Irving, author of ‘The Book of the Irvings &c’ (1907), says his ancestor William, who succeeded to Bonshaw in 1696 and married the eldest daughter of Lord Rollo in 1698, signed his name as ‘Irwing’. On his matriculation of Arms at Lyon Court (Reg. Vol.1 page 335) his name is spelt ‘William Irvine’ and in subsequent documents it is spelt ‘Irving’ and ‘Irwing’.

Latterly in publications of the 1800’s, the name is spelt ‘Irving’, ‘Irvine’ or ‘Irvin’, ‘Irwin’, ‘Erwing’. The Spelling of the Name has been a fruitful source of error and no doubt there will be many other spellings yet to be found.

As Colonel J. B. Irving stated in his book –

“…although there were many ways of spelling it, yet it was all the same name and referring to members of the one Clan – Irving”.